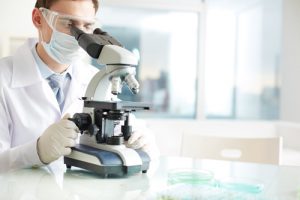 We hear studies quoted to support everything from the newest birth control to the latest cure for depression, but what do we actually know about them? According to research, not much.

A 2013 study by the Center for Information and Study on Clinical Research found that while most people believe they understand what a clinical study is, about a quarter aren’t quite sure what goes into it.

Most participants responded that they felt confident in their definition of a “clinical research study.” However, 18% of the young adults (ages 18-24) reported being unsure what the term meant. That may not seem like all that much, but it’s at least double most of the other age groups.

When the study was broken out by region, there was even more of a divide. More than a quarter of participants from Asia-Pacific and South America were unclear about the meaning of the term.

These findings, however, seem positive when compared to a similar study done in 2007. Those who feel like they understand what a clinical study is have gone up.

The study attributed this rise in awareness to “the proliferation of general clinical research information and listings of active clinical trials in print and online forums and recent efforts to improve transparency and dissemination of clinical trial results.” All which sound like pretty good things.

However, when the participants were asked where they thought studies were conducted, most of them didn’t know.

North America had the highest percentage of participants who reported they didn’t know where studies were conducted: 30% (11% more than Asia-Pacific).

But most of the participants were mistaken. The majority of clinical trials “are conducted among private, community-based physicians,” but less than 10% in the study knew that. More than half of them thought they were conducted in hospitals and clinics.

The number of people who don’t feel informed about clinical trials is worrisome. But what is even more alarming is that most who feel knowledgeable about the system seem pretty misinformed.